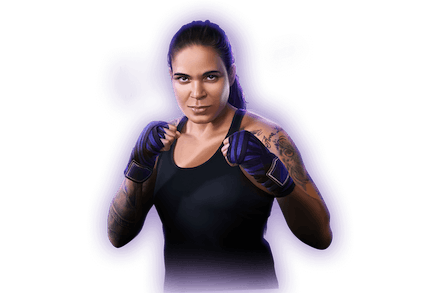 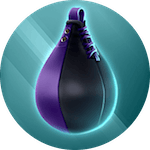 The Lioness with Amanda Nunes

The Lioness with Amanda Nunes is available at Casumo! So get ready for fight night and keep an eye out for Amanda Nunes Stacked Symbols.

Play The Lioness With Amanda Nunes

The Lioness, centered around the greatest female MMA- fighter of all time, Amanda Nunes, naturally has a Fight Feature. If you manage to land full stacks of 3 columns or more you'll be able to get the action and add an extra punch (in the shape of multipliers between 2x and 7x) to your gameplay! 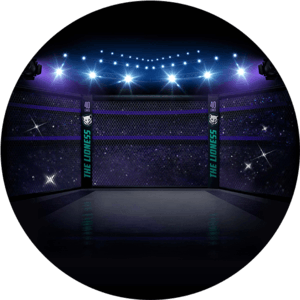 What The Lioness is all about

Keep an eye out for Stacked Symbols of Amanda Nunes throughout the game. When stacks of symbols fill three reels for a winning combination, the Fight Feature could trigger, multiplying your total win up to 9x. The multiplier depends on the number of reels filled, and multiplier ranges increase when an Ante Bet feature, Fortune Bet, is activated.

Land 4 or more Lioness Scatters to trigger the Lioness Link Bonus feature. If you manage to trigger the feature, every symbol gives a random credit prize as well as a chance to grab one of the four prizepots.

Manage to fill the entire 24-position grid and the top prizepot is yours for the taking! 3 or more Championship Belts will trigger the Free Games.

During the Free Games, the massive stacks are made up of Amanda Nunes variants only, potentially increasing your chance to land full screen animations and trigger the Fight Feature.

When stacks of symbols fill three reels for a winning combination, the Fight Feature could trigger, multiplying your total win up to 9x. 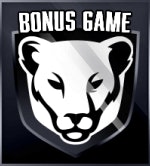 More unique features
Another unique feature from the The Lioness slot worth highlighting is the Bonus Buy option which will get you to the Lioness Link Bonus without any wait. Please note that this will set you back by 32x your bet though. 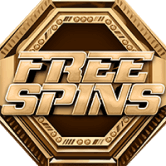 Let's sum it up
Enter Armadillo Studio's Octagon with MMA legend and UFC World Champion Amanda Nunes! The Lioness features stacked symbols across 40 paylines with random full reel win multipliers up to x9. Fight your way into one of the game's two bonus features for potential wins of up to 2,000x your bet!