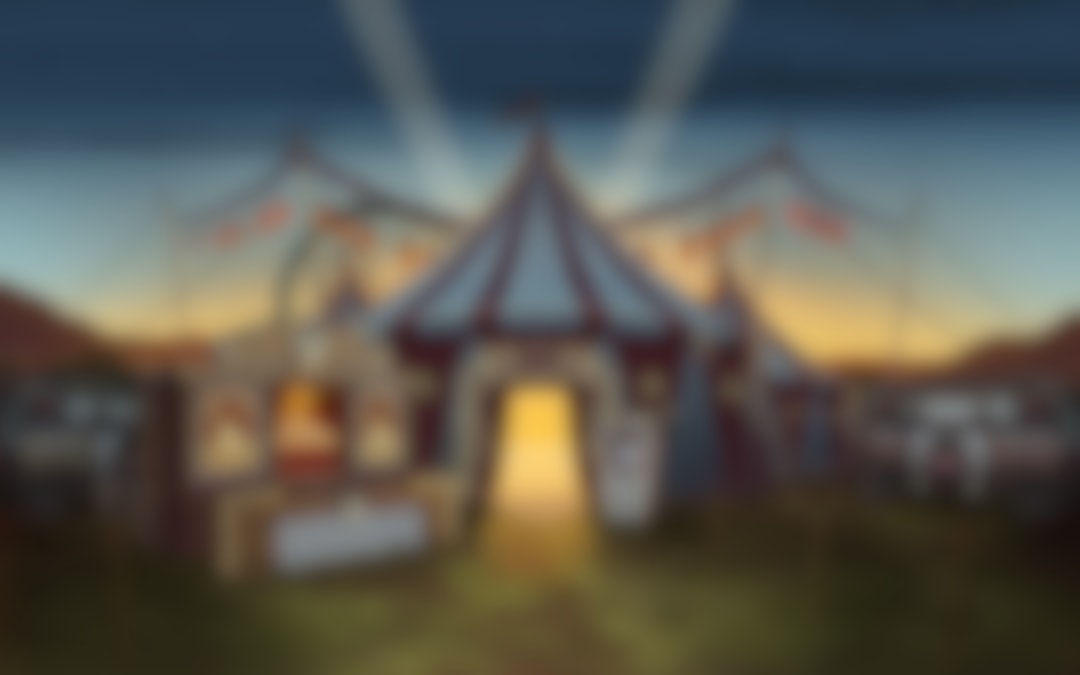 Golden Ticket is, 5x5 grid, 5-reel video slot game based around the characters, symbols and theatrics of the circus. Rich in design, this dynamic slot pushes the envelope in terms of its gameplay, visuals and audio features. Golden Ticket allows minimum bets of 0.20 and a maximum bet of 100.

Golden Ticket has a return to player percentage (or RTP) of 96.73%.

Golden Ticket features a rich ensemble of symbols for players to get to grips with. Low-paying emblems like the juggling clubs, dumbbell/bar and the lion tamer hat with whip will win you from 5 to 10 times bet if you land 5 in a row, or 2.5 times bet if you land certain combinations of the lower paying symbols. There are also three high-paying symbols on offer as well – the clown, the showman, and the ringmaster. 5 of these in a row will win you from 15 to 25 times bet. These pale in comparison to the win you can achieve with the highest valued symbol though, the wild symbol. 3 of these in a row will land you 5 times bet, 4 scores you 15 times bet, but 5 of them will reward you with a massive 500 times bet. The wild symbol (or rather the golden ticket symbol) also acts as a substitute for any other symbol in order to produce a winning combination.

The game’s clear, colourful and concise design makes navigating your way around both quick and easy. The vast majority of buttons you’ll need are displayed at the bottom of the screen, including player balance, bet selection, the auto-play feature and the start button.

In addition to Golden Ticket’s symbol elements, the video slot also boasts a bonus game feature. Should you manage to completely clear a column full of the Bonus Symbols, you’ll be rewarded with a set of free game rounds. You’ll then have a multiplier set that depends on just how many columns you’ve managed to clear. To win, just have 5 or more matching symbols sitting anywhere on the grid, then watch as all the wins you accrue in the bonus game are then multiplied by the initial multiplier.

Does Golden Ticket have a jackpot feature?

Golden Ticket has an RTP of 96.73%. The minimum bet is 0.20 while the maximum bet is 100, so players can feel comfortable and in total control of how much they bet.

Golden Ticket is available on both Android and iOS devices, so players are able to grab a hold of the full Golden Ticket experience without compromise.

Next to its rich visuals and engaging gameplay, Golden Ticket also offers multiple special features. Simplistic and straightforward by design, Golden Ticket encompasses the circus-feel through its colourful characters and memorable symbols.