Megaways is what’s known in casino games lingo as a ‘mechanic’, meaning a certain way that slots are designed. In the case of Megaways, the mechanic is pretty straightforward: instead of the reels and rows being fixed (as in 5x3 or 7x7), each reel is divided into a different number of segments that varies on each spin.

What are Megaways slots?

Megaways has taken the world of video slots by storm. Ever since the mechanic was developed in 2015 by Big Time Gaming, players can’t get enough of the slots that feature it. Countless other providers have hopped on the bandwagon and released games under the Megaways license from Big Time Gaming.

It seems like most popular slots have gotten or will soon get a ‘Megaways makeover’, meaning a re-release with the Megaways mechanic added on along with a few other fun features for good measure. Some examples of slots that got a Megaways upgrade include Gonzo’s Quest Megaways from NetEnt and Big Bass Bonanza Megaways from Pragmatic Play. 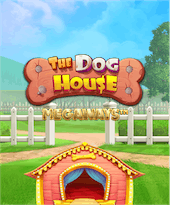 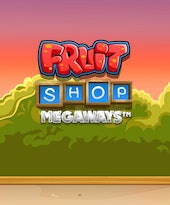 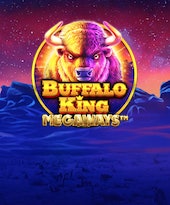 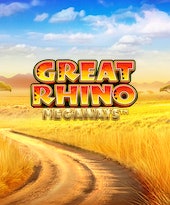 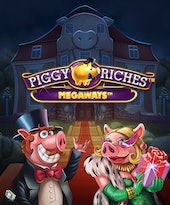 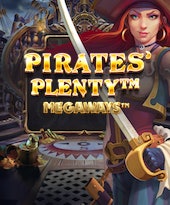 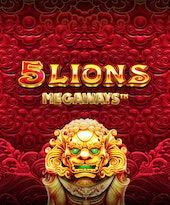 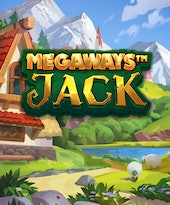 How do Megaways slots work?

Megaways slots are all about the possibilities. They work by varying the height of the symbols to provide a new number of paylines on each spin. Start multiplying all these variations together and wowza, all of a sudden you’ve got lotsa potential ways to win.

Megaways paylines start from left to right. Unlike in many slot games, symbols don’t have to be adjacent to one another. It’s enough to have three or more matching symbols on each reel starting with Reel 1.

Megaways math: where the paylines come from

The max number of potential paylines for the typical Megaways is 117,649. You’ll see this number and other six-figure values tossed around a lot in reference to Megaways slots. This is the max number of different ways to win that could exist on a single spin.

So, if all six reels of the standard Megaways slot were to divide into a maximum seven segments on a single spin, then that spin would contain 76, or 7x7x7x7x7x7, or 117,649 paylines.

Here’s a list of our favourite Megaways slots. Each game sets itself apart in terms of wins, multipliers, and bonus features up the wazoo. Sneak a peek!

Gonzo is based on the Spanish conquistador Gonzalo Pizarro, who led a failed expedition to the famed “city of gold”, El Dorado, in the 1500s. The original slot was released in 2012 and was a huge success due to its innovative Avalanche Reels. Its popularity made it an obvious candidate for a Megaways makeover, keeping the Avalanche Reels that allow multiple wins on the same spin and adding several more features as well as upping the multipliers threefold.

Who’ll let the dogs out? Will it be you? You, you, you? This Megaways slot takes you out to a bucolic kennel where a dachshund, pug, Shih Tzu and Rottweiler serve as high-value symbols. Three or more Paw Print Scatters trigger free spins, during which you get to choose between Sticky or Raining Wilds. Whichever you chews, there will be plenty of treats in this slot to chow down on.

A Megaways remake of NetEnt’s classic 2011 fruit-themed slot, this game offers a twist on the ol’ classic cherry symbol from traditional slots, with the highest-valued cherry symbols worth up to 12.5x your stake. You only need two to win (other symbols require three or more matches). Land a win with any of the fruit symbols to trigger free spins. Each additional win during Free Spins adds a multiplier up to 10x.

Ride out to the great plains where you’ll have plenty of wild animal sightings with high-value symbols including elk, wolves, bears, and buffalo. The latter is worth up to 50x your total stake if you manage to land six on a single spin. Each successive win on these cascading reels increases the multiplier by one with no limits. Land four or more Diamond Scatters to trigger a round of Free Spins — the number of spins vs the multiplier is up to you, or select the Mystery option and leave it to chance.

Head out on safari in this high-volatility slot set on the African Savannah with crocodiles, cheetahs, and rhinos, oh my! Choose a combination of free spins and starting multipliers when you trigger the Free Spins feature with three or more Great Rhino Coin scatters. Hunt down enough big game during Free Spins using the expanding win multiplier, which doesn’t reset during the entire bonus round, and you could go home a very happy hunter.

The mysterious sorceress Madame Destiny is wild and doubles any wins she’s involved in with a 2x multiplier. Tumbling reels allow for more than one win on the same spin as winning symbols are continuously replaced with new ones. Put your destiny in the hands of the Wheel of Fortune when you land three or more Crystal Ball Scatters. The Wheel has different numbers of free spins and multipliers that decide your fate during Free Spins.

Welcome to the opulent world of Mr and Mrs Piggy Riches, set in the Lady and Gentleman Pig’s mansion featuring stacks of cash and, of course, piggy banks as symbols. Mr Piggy Riches is wild, and not just any wild. In line with the maximalist theme, this slot features Mega Wilds that cover entire reels with multipliers of up to 7x. Three or more Mrs Piggy Riches scatters activate Free Spins where each win increases the multiplier by 1x and keeps increasing (never resetting) with no limits. Nope, the Piggy Riches’ aren’t ones for limits!

Ahoy matey! Get ready to join the motley crew of this pirate ship captained by Lady Anne, a fearless leader and expanding wild adding 3x-8x multipliers to the mix when she fills an entire reel. She won’t leave you empty-handed, either! She sticks around until there’s a win. Another friend onboard the ship is the Wild Monkey. He replaces the lower-value symbols with valuable ones like the Skull and Crossbones or the Tricorn Hat, then hangs around as a sticky wild on the next spin. Land three or more scatters to trigger Free Spins with increasing multipliers and unlimited retriggers.

Follow a rugged adventurer as he discovers ancient temples hidden deep in the jungles of Southeast Asia in this unique application of the Megaways mechanic. Here, various symbols are blocked off and can only be unblocked with tumbling wins that keep going as long as you keep unlocking winning combinations. Unblock them all to trigger Free Spins, where you’ll have the option to choose between extra free spins, multipliers, or a combination of both.

A classic application of the Megaways mechanic, this game has six tumbling reels with up to eight symbols on each. The high-value animal symbols have a traditional Chinese design, with the Dragon being the most valuable and the Golden Lion Wild coming with random multipliers up to 40x. Three or more Yin-Yang Scatters trigger a round of Free Spins where you can choose from various combinations of free spins and multipliers, with potential for unlimited retriggers.

How to play Online Slots

At Casumo you will find hundreds of online slots from the best providers in the industry. We have top titles like Starburst, Gonzo’s Quest and Pharaoh’s Fortune, major jackpot games like Mega Fortune, Hall of Gods and Arabian Nights, and much more.