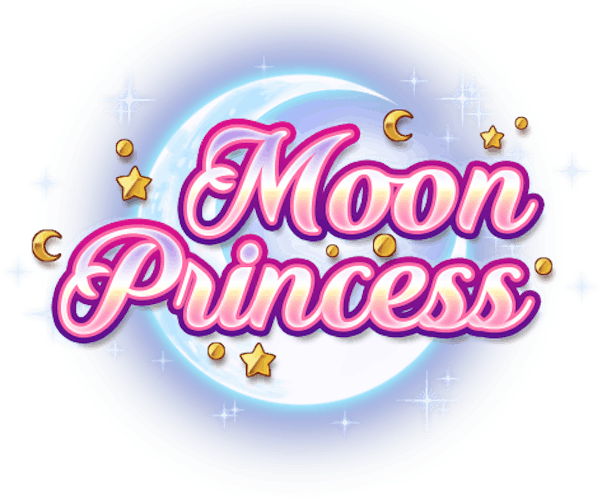 Moon Princess is 5x5 slot game featuring crisp, colourful and creative visuals. The slot serves up a solid gaming experience with minimum bets of 0.20 coins while the maximum bet is 100 coins.

Moon Princess has a wide array of symbols for players to explore. In total, there are 8 symbols; 1 wild symbol, 3 high-paying symbols and 4 low-paying symbols. Wins are achieved by getting 3 or more symbols in a row, horizontally or vertically. All rows and columns are active, and symbols can be part of multiple winning combinations. The lowest paying symbols (the green emblem with the golden stars and moon in the centre) reward players up to 200 times bet for a matching set of 5, while the highest paying symbol (the Wild symbol) can earn players up 5,000 times bet.

Navigating your way around is made easy courtesy of the bright game panel located at the bottom of the screen. It is here you will find the some of the most useful functions, and information on the game itself. One such function players can take full advantage of is the slot’s autoplay function.

Moon Princess has several bonus features, including the Girl Power and Princess Trinity features. The first assists in creating potential winning combinations. Triggered on a non-winning game round, this intriguing feature differentiates depending on which of the three active princesses is showing on the right-hand side of the screen. Each princess has their own unique ability which includes Love (one set of symbols is chosen and transformed into another symbol), Star (one or two wild symbols will be added to the grid) and Storm (two sets of symbols are destroyed and removed from the grid).

Does Moon Princess have a jackpot feature?

Moon Princess offers the maximum bet for this video slot at 100 coins while the lowest bet is 0.20 coins.

Want to play Moon Princess on your mobile device? Well, by downloading the Casumo Online Casino app you can do just that. Featuring a crisp and clear layout optimised for smartphones, Moon Princess’s mobile version plays with seamless quality.

If you enjoy playing a dynamic slot, then Moon Princess is a good choice. With its simple and rich visuals, this first-class slot brings a lot to the table.